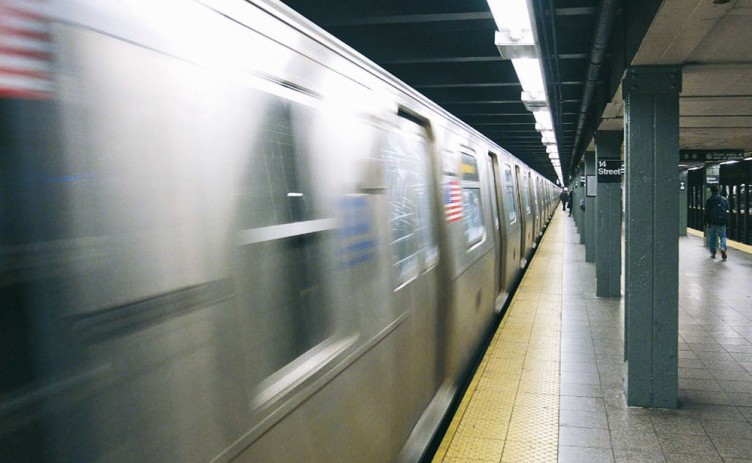 The New York City Subway is a rapid transit system owned by the City of New York and leased to the New York City Transit Authority, a subsidiary agency of the Metropolitan Transportation Authority and also known as MTA New York City Transit. It is one of the oldest and most extensive public transportation systems in the world, with 468 stations in operation; 229 miles (369 km) of routes, translating into 656 miles (1,056 km) of revenue track; and a total of 842 miles (1,355 km) including nonrevenue trackage.

In planning for more than 50 years, the 2nd Avenue subway line is now a becoming a reality. A number of different methods will be used to tunnel for 13.7 kilometers (9 mi) underneath Manhattan, which is densely populated. 90% of the tunneling will be performed by a tunnel boring machine. The rest of it will be done using the cut and cover method and mined drill and blast, for sections, generally the 16 stations, that average 275 meters (902 ft) in length. The stations at 86th and 72nd Streets will be mined. This will be challenging, given the number of high value, high rise properties in their vicinities. The 96th Street cut and cover station will be at about 15 meters (49 ft) deep one of the shallowest stations. Stations at the two mined stations will be between 25.9 meters (85 ft) and 27.4 meters (90 ft) deep in rock. Slurry or diaphragm walls, 1.1 meters (4 ft) wide and 6.1 meters (20 ft) long and approximately 35 meters (115 ft) deep, will be alongside the sections between East 93rd and 95th Streets. Inasmuch as the rock is shallower between East 91st and 93rd Streets, 1.1 meters (4 ft) diameter secant piles will do the same work at shallower depths. The construction method that will be used should ease concerns for the above buildings, because only two shafts will be required for excavation.

The waterproofing system, consisting of a specifically formulated PVC-P membrane for sealing underground structures against intruding groundwater and an additional geotextile, which is installed around the entire circumference of the tunnel, between shotcrete and the cast-inplace reinforced concrete lining. The external drainage system consisting of sidewall and invert drainage, shall be installed at 34th Street Station Cavern, and north and south interlocking caverns only as part of a ground water hydrostatic pressure relief system, which ties into ground water discharge system at this location. Sectioning: Water barriers arranged to seal off individual membrane sections. Installed only at 34th Street Station and interlocking caverns area in conjunction with grouting pipes (weepholes) to create a system to maintain watertightness using repair by injection. Weepholes: 3 inch polyvinyl chloride (PVC) pipe are installed near water barrier intersections and invert to drain water in case of leakage in conjunction with Sectioning. These pipes are also used for repair in case of leakage by remedial grouting. In the tunnel invert, a protection layer (PVC-P membrane equal to the specified material and thickness) is required to protect the membrane waterproofing system from damage by other trades prior to the placing of the final lining.