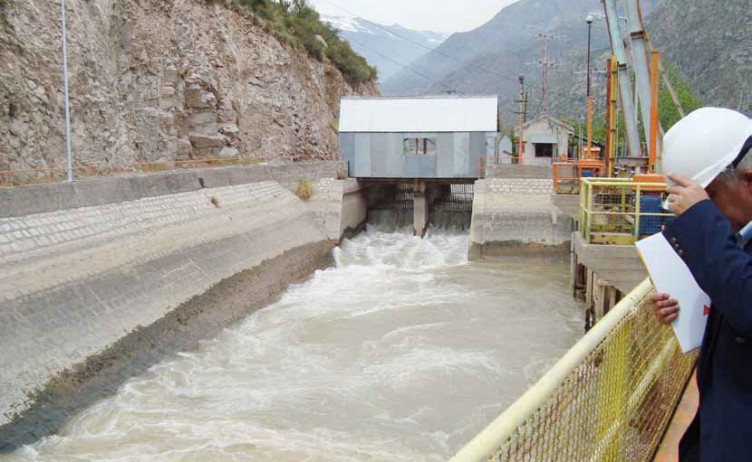 At the hydropower Plant “Central Paso Los Quilos” in Chile a water discharge tank showed large cracks due to ground settlement. These cracks created structural problems and caused infiltration of the water to the ground. The first idea was to solve these above mentioned problems with injection of a cement based repair product. It was planned to have as short as possible down time, even if it was the first down time of the plant after 50 years.

The engineering contractor convinced the owner that not only the injection will solve his problems, but also a waterproofing material should be applied. The requirements stated from the owner were:

As previously planned, Sikafix®-HH has been injected into the cracks to have a sound and stable substrate. Afterwards the interior surface of the discharge tank has been sandblasted, repairs have been made with Sikadur®-32 Hi Mod + Sika® Abraroc. After curing, a primer coat of Sikafloor®-156, filled with Sikadur®-504 has been applied, followed by the application of Sikalastic®-841 ST.