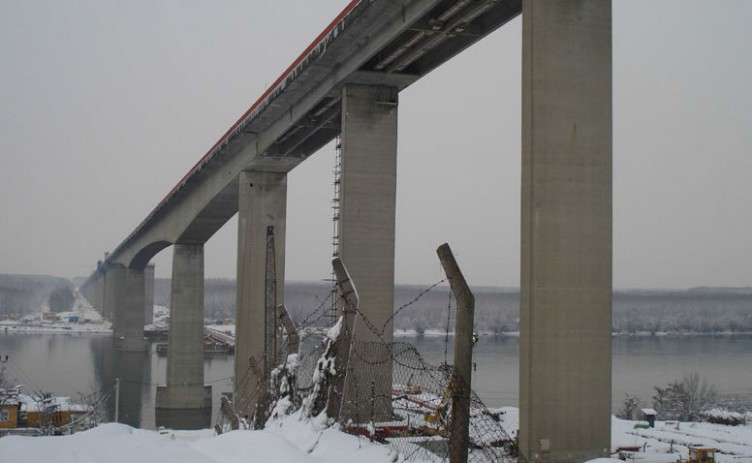 Breska Bridge, located near Novi Sad, Serbia, is the longest bridge over Danube river. It was built in 1975 as a pre-stressed concrete bridge. In April 1999 it was bombed twice during the operation Allied Forces. It could be managed to stabilise the bridge provisionally as it is an important part of the Europa Route E75. In 2011 the second bridge could be finalised and the maintenance of the first build bridge started. Finishing the construction at the end of 2013 the two bridges provide now 3 lanes in each direction of the E 75.

Due to the bad conditions of the bridge ingress of water started to attack the concrete. The existing epoxy resin based waterproofing system had to be replaced. A high performing spray applied polyurethane waterproofing system has been specified for the refurbishment to ensure an extended life time of the old bridge and to reduce the maintenance work.

Sika offered the fast curing bridge deck waterproofing system which is German standard ZTV-ING part 7 certified. The systems consists of a solvent free epoxy primer, Sikafloor®-161, the spray applied, fast curing Sikalastic®-821 LV membrane and the tack coat to the asphalt overlay made of Sikafloor®-161 broadcast with Sikalastic®-827 LT hot pelt pellets. This system is fully bonded to the concrete substrate and the asphalt overlay and provides excellent adhesion and shear strength. Due to project related reasons and the bankruptcy of the main contractor, the waterproofing system had to be changed to a torched bituminous membrane when half of the surface was already waterproofed. As a solvent free epoxy primer underneath the torched membrane Sika® Ergodur 500 has been applied.